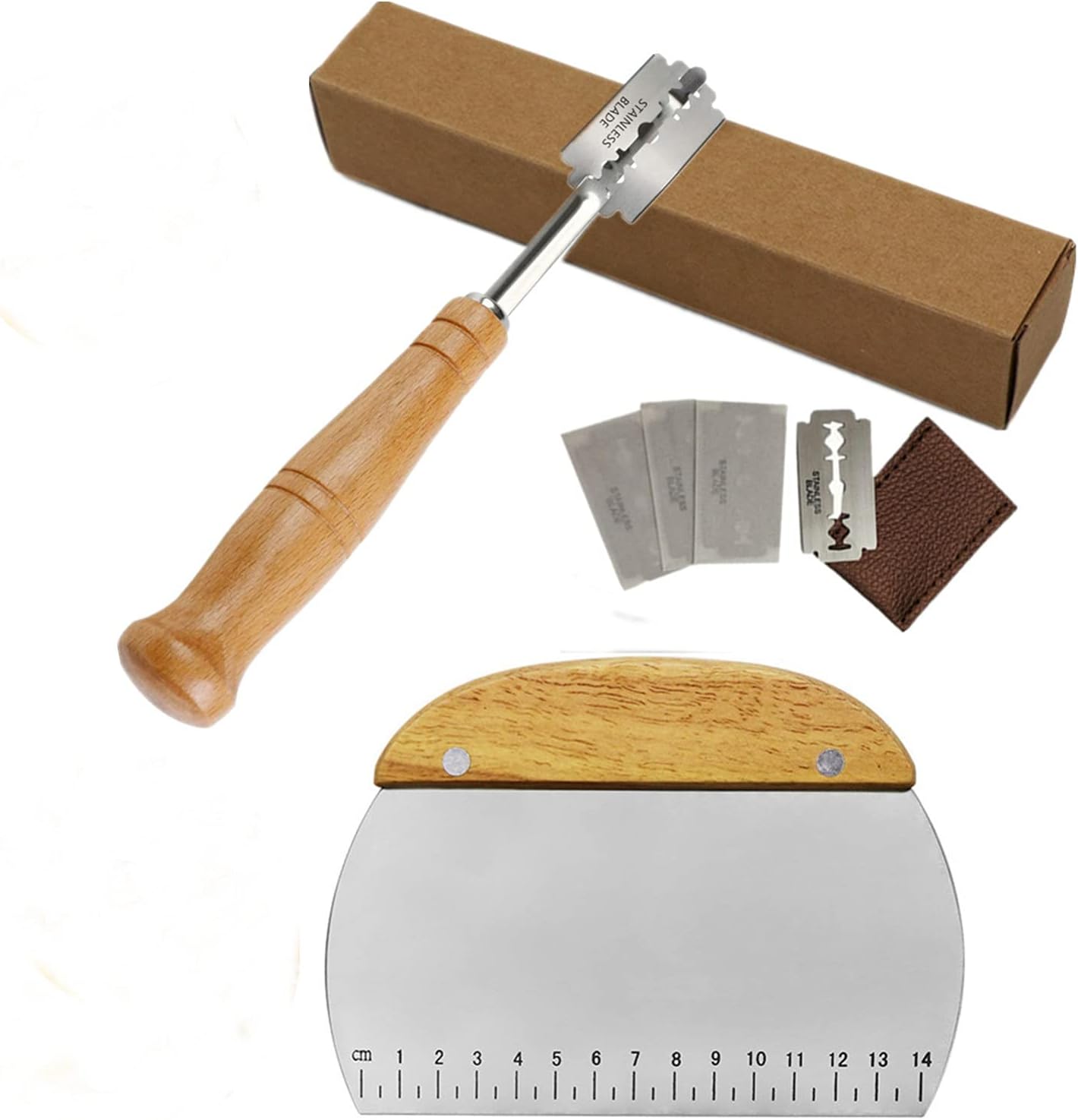 â¥Hold the lame at a 30 degrees angle when cutting, this helps to create a nice opening of the crust during baking

â¥Keep the edge of the blade clean

â¥Just rinse it under hot water immediately after using, and nothing ever gets stuck.

â¥Better wear a glove when install a blade to protect your fingers.

Why you choose a arc shape of Bread Dough Cutter?

The arc design of the blade helps to separate the part passing through the bread and is not easy to re-adhesive.

Â With its nice curve of blades make good cuts in dough, it gives the bread more appealing and professional look.

This is an Essential Slashing Tool for any Bread Baker!

A slash on the loaf's surface allows the dough to properly expand in the oven without tearing the skin or crust and also allows moisture to escape from the loaf. It also releases some of the gas, mainly carbon dioxide, that is trapped inside the dough.

"p"Â  "p""b"what is the difference in the plastic and metal scraper? "p"The plastic scraper is used primarily to release dough from the inside of a bowl. "p"The metal bench scraper is designed to help knead bread on your bench. Used when the dough is particularly sticky it makes the job so much easier and cleaner. "p"The metal scraper is Â a scraper and dough cutter. "p"Â  "p""b"Package Content: "p"1 * stainless steel bread lame "p"5 *Replacement double edge Blades "p"1 * Protective Leather Cover "p"1 * Dough Scraper